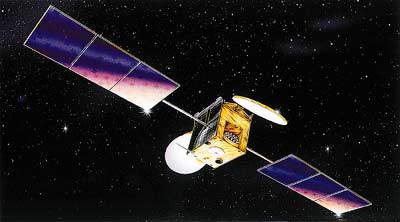 Launched in 1996-8, the Inmarsat-3s were built by Lockheed Martin Astro Space (now Lockheed Martin Missiles & Space) of the USA, responsible for the basic spacecraft, and the European Matra Marconi Space (now Astrium), which developed the communications payload.

The Inmarsat I-3 communications payload can generate a global beam and a maximum of seven spotbeams. The spotbeams are directed as required to make extra communications capacity available in areas where demand from users is high.

Inmarsat I-3 F2 was launched without apogee kick motor, as the Proton-K Blok-DM1 launch vehicle was capable of direct GSO injection.

Inmarsat-3 F4 was retired in 2016 and was moved into a graveyard orbit above the geostationary belt.