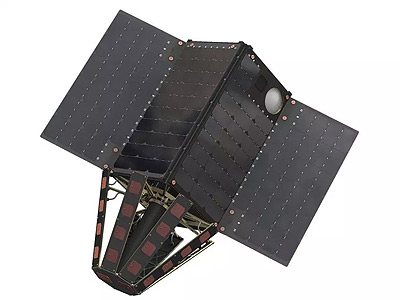 Helios-Wire is a constellation of small M2M communication satellites for tracking assets.

The constellation has a flexible size for scaling. Operations will begin with the first satellite. According to the company, profitable operations will require three satellites. More can be added as required. With one satellite, Helios will pick up the information once every 12 hours. With two, it would be every six hours and every four to five hours with three satellites.

Astro Digital, formely known as Aquila Space developed the Helios-Wire satellites based on a 16U CubeSat form factor. They feature a S-band two way communications payload for M2M communications with assets fitted with an attached devices as small as cell phones.

The first satellite ws planned to be launched in October 2018 on a Falcon-9 v1.2 (Block 5) rocket. Helios plans to launch the second satellite into orbit on a Soyuz in December 2018 and the third on a February 2019 Soyuz flight. Apparently the plans to launch these satellites have been shelved.