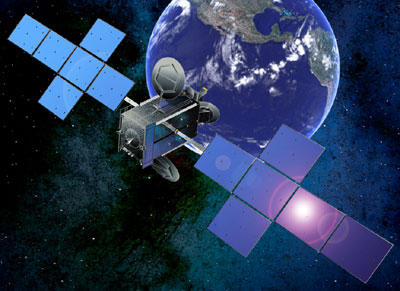 Space Systems/Loral (SS/L) announced in December 2004 that it has been selected by EchoStar Communications Corporation, Englewood, Colo., to build EchoStar XI, a new direct broadcast satellite (DBS) based on SS/Ls SSL-1300 platform that will support EchoStars DISH Network and serve as backup to its existing fleet.

EchoStar XI, anticipated to be delivered in early 2007, will be the fifth SS/L-built satellite in the EchoStar fleet.

Space Systems/Loral announced in April 2008 that it has been awarded a contract to manufacture a new direct broadcast satellite (DBS) for EchoStar Communications Corporation. The new satellite, which is based on SS/L's space-proven SSL-1300 platform, will support the expansion of DISH Network's programming and services.

EchoStar XV is planned for launch in 2010. It will be the eighth SS/L satellite built for EchoStar. EchoStar XV is based on the space-proven Space Systems/Loral 1300 satellite bus, which provides the flexibility for a broad range of applications.