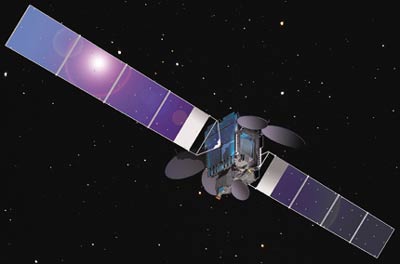 The spacecraft is based on SS/L's space-proven SSL-1300 geostationary satellite platform. The SSL-1300, which has an excellent record of reliable operation, is designed to achieve a long useful life, in this case 15 years, excellent station-keeping, and orbital stability by using bipropellant propulsion and momentum-bias systems. Solar arrays and batteries provide uninterrupted electrical power.

Two of the 12 stationkeeping thrusters failed in September and October 2002. A workaround is used for station keeping but more fuel is being consumed.