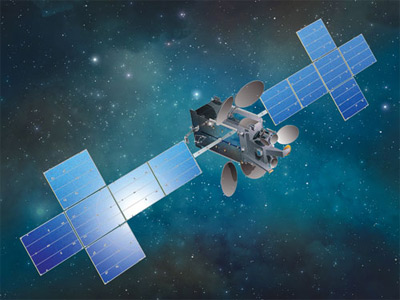 Space Systems/Loral announced in April 2014 that it was selected to provide a high power satellite, EchoStar XXIII, to EchoStar Corporation.

EchoStar 23 is a very flexible tri-band satellite capable of providing service from any of eight different orbital slots. Its communications payload consists of 32 Ku-Band transponders as well Ka- and S-Band payloads. Planned for launch in 2017 it is designed to provide service for 15 years or longer. It will utilize SS/Ls flight-proven SSL-1300 spacecraft bus.

EchoStar 23 will utilize the long stored bus from the cancelled CMBStar 1 (EchoStar 13) satellite.

The large satellite is to be launched on an expendable version of the Falcon-9 v1.2(ex) rocket.