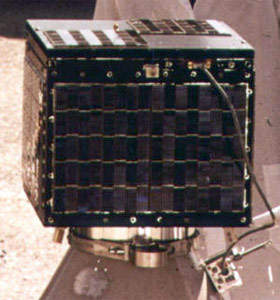 AMSAT P2D (OSCAR 8, also known as Phase 2D) was a radio amateur satellite built by radio amateurs in the U.S., Canada, Germany and Japan. The primary mission was to provide an educational tool and amateur communications.

AMSAT P2D was a box shaped satellite with dimensions 380 × 380 × 330 mm and weighs 27.2 kg. Power was provided by solar cells mounted on the sides of the satellite. It was constructed using many of the parts left over from the AMSAT P2B (OSCAR-7) project.