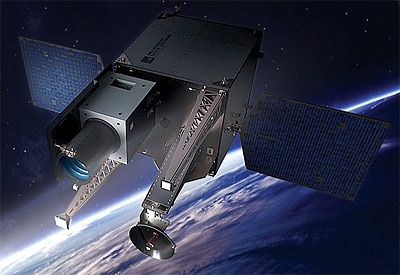 The WFOV (Wide-field of View) testbed is an experimental early warning satellite sponsored by the Space and Missile Systems Center (SMC) and managed by NASA's Ames Research Center.

The mission is to evaluate a new Overhead Persistent Infrared (OPIR) 6-degree staring sensor. Originally this was to be a hosted payload on a commercial geostationary comsat, but was redesigned as a free-flyer.

The spacecraft will include the AMSAT P4B (Phase 4B) hosted amateur payload consisting of a Software Defined Radio designed and built by Rincon Research Corporation using support equipment and antennas designed by Virginia Tech and other volunteers to this effort.

The satellite will be launched together with a propulsive ESPA hosting more smaller payloads in 2021 on the USSF-12 (formerly known as AFSPC-12) mission.