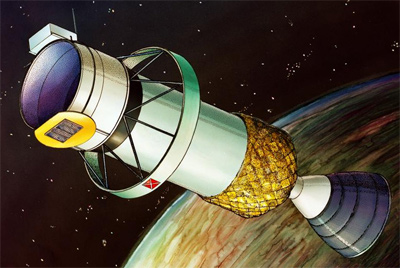 PIX 1 consisted of a 96 cm by 81 cm experiment plate mounted on one side of the Delta-2910 stage while an electronics box was on an other side. PIX 1 was conceived to gain some data, which the failed SPHINX space craft should have provided, until the more sophisticated DoD/NASA P78-2 SCATHA satellite was flown. The payload consisted of a sample solar cell and some insulation experiments.

PIX 2 was a similar experiment flown some years later on the Delta-3910, which launched IRAS, featuring sample solar cells and a Langmuir probe. The PIX 2 consisted of an approximately 2000 cm2 array divided into four equal segments. Each of the segments could be biased independently and the current measured separately. In addition to the solar array segments, PIX 2 had a hot-wire-filament electron emitter and a spherical Langmuir probe. The emitter was operated when the array segments were biased positively above 125 V. Thermal electrons from the emitter aided in balancing the electron currents collected by the array.