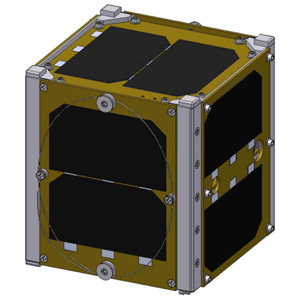 The Fox 1A mission hosts a Penn State student experiment with MEMS gyros and an AMSAT FM analog transponder for digital data up to 9600 bps as a replacement for AMSAT Echo (AO 51).

Fox 1A is an 1U CubeSat designed to operate in Low Earth Orbit. It carries a 2 meter whip antenna and a 70 cm whip antenna.

Fox 1A was accepted into NASA ELaNa program in February 2012. It was launched on the ELaNa-12 mission.

Three more units will be constructed with a different science payloads. The first of these is satellite is named Fox 1B (RadFxSat). Fox 1C and 1D have been assigned a radiation effects experiment and an high energy radiation instrument respectively.