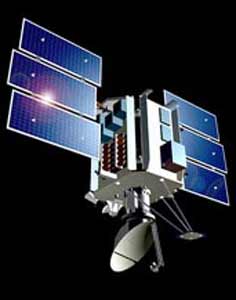 In addition to the volume above the spacecraft (constrained by the launch vehicle faring), a 91 × 119 × 102-cm-deep compartment below the nadir deck can accommodate payload volume and/or additional propellant tanks. There is also significant mounting area available on the bus side-panels to support payload specific boxes.

The BCP 2000 is capable of supplying 730 W orbit averaged payload power. Two Solid State Recorders provide payload data storage up to 200 Gbits with a 576 Mbps maximum throughput capability. The payload data is downlinked through a 320 Mbps X-band transmitter to enable a complete data dump within a typical station pass.

The BCP 2000 is a fully redundant design that provides a probability of success of >86% for a five-year mission life. The spacecraft bus and payload are powered by two single-axis articulated solar array wings, consisting of three winglets each. Star trackers can be mounted to the payload to provide precision pointing and stability. A two-axis gimbaled X-band antenna is mounted on a post above the payload to provide a high bandwidth downlink. Spacecraft command and telemetry uplink/downlink on either S- or X-band frequencies allows for simultaneous operations.

The attitude control and determination subsystem is designed to allow payload operation from any orientation, and provides rapid slewing, tracking of targets, and minimizes vibrations and induced jitter. A GPS system allows precision orbit determination, timing and geolocation. A hydrazine propulsion system is used to correct for launch insertion errors and to maintain ground track repeatability.

The BCP 2000 is designed to be compatible with the Delta II, Titan II, Taurus, Athena, and Kosmos-3M launch vehicles, though launching on other vehicles is possible.