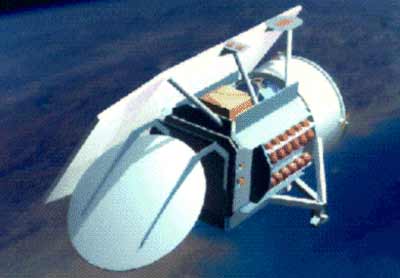 Designed for Small Explorer (SMEX) Class Missions, the BCP-600 provides a costeffective solution when performance, high reliability and extended mission lifetime are important. The bus can operate in a wide range of orbits and can accept any type of instrumentation requiring precision pointing control and knowledge, with the flexibility for rapid target selection.

All units of the command and data handling (C&DH) subsystem are redundant. The spacecraft computer can be reprogrammed on orbit through software updates during normal operations. Multiple levels of save modes protect the entire bus from errors including software errors. Command and telemetry processing is handled in a dedicated unit with storage for 256 Mbits of engineering data. The architecture provides real-time command and telemetry functions even when the spacecraft computer is off. A solid-state recorder (SSR) with a capacity of up to 2 Gbits provides storage for payload data. The SSR can handle input rates up to 17 Mbps while simultaneously outputting up to 1 Mbps to the transmitter.

The bus RF uplink/downlink uses a STDNcompatible S-band transponder and two omni antennas for data transmission and reception for all bus attitudes. Payload data is downlinked at up to 2 Mbps; commands can be received at up to 2 Kbps.

The Attitude Determination and Control System (ADCS) uses redundant star trackers, inertial reference units, sun sensors and magnetometers for attitude determination. Four lowvibration reaction wheels and three torque rods with redundant windings and drivers are used for control, allowing the BCP 600 to handle all pointing orientations. Depending on payload inertial characteristics, the bus design provides a slew rate capability of up to 1 deg/s and angular acceleration capability of about 0.01 deg/s2.