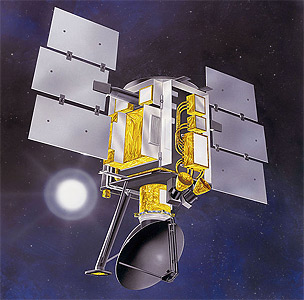 The SeaWinds instrument on the QuikScat (Quick Scatterometer) mission is a "quick recovery" mission to fill the gap created by the loss of data from the NASA Scatterometer (NSCAT), when the ADEOS 1 host satellite lost power in June 1997. The SeaWinds instrument is a specialized microwave radar that measures near-surface wind speed and direction under all weather and cloud conditions over the Earth's oceans.

The QuikScat mission employs a variation of the Ball Commercial Platform 2000 (BCP-2000) bus. The BCP-2000 provides NASA with the stable and highly accurate Earth remote-sensing platform it sought to replace the data lost by the failure of Japan's Advanced Earth Observing Satellite in June 1997.

In addition to building the spacecraft bus, Ball Aerospace was responsible for the integration and test of the total space segment consisting of the BCP 2000 bus and the scatterometer payload. Ball facilitated the spacecraft-to-launch vehicle integration and provided launch support and mission control and operations. Ball Aerospace committed to provide a spacecraft bus in only 11 months using existing hardware which had been planned for an Earthwatch satellite (Quickbird) that had been put on hold.

The scatterometer antenna rotation mechanism failed on 23th November 2009 after a more than 10 years long mission, far surpassing the 2 years design life of the satellite.