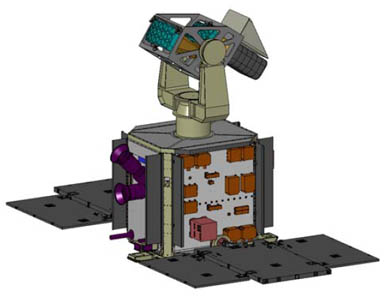 A Boeing and Ball Aerospace team has won in March 2004 a $189 million contract to develop and initially operate the SBSS (Space-Based Space Surveillance System) for the U.S. Air Force.

The SBSS detects and tracks space objects, such as satellites and orbital debris. The Department of Defense will utilize data generated by the SBSS to support military operations. Additionally, NASA could use the information to calculate orbital debris collision avoidance measures for the International Space Station and Space Shuttle missions.

The SBSS Block 10 contract calls for the Boeing team to develop a satellite, the ground segment, and provide launch services. The team will also be responsible for mission planning, mission data processing and operation of the system for up to one year, prior to transitioning it to the Air Force. The SBSS satellite is slated to be launched by mid to late 2007.

For the SBSS Follow-On (SBSS FO) program to replace SBSS 1, the USAF has partnered with the NRO due to overlapping requirements to develop jointly the Silentbarker mission.