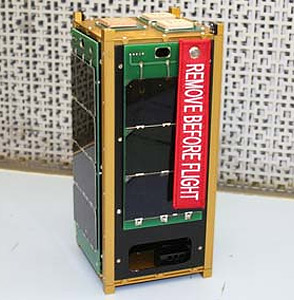 TSAT (TestSat-Lite) is a nanosatellite designed and built by engineering students at Taylor University in Upland. It is built on a double CubeSat form factor.

TSAT is a dual mission using the GlobalStar satellite communication modem to demonstrate a reliable and global nanosat network and a Space Weather bus design consisting of a langmuir plasma probe, 3-axis magnetometer, and 3 ultraviolet photodiodes.

In February 2012, TSAT was down-selected for a launch opportunity through the NASA ELaNa program. It has completed final pre-launch tests and was delivered to NASA for launch in early 2014.

The GlobalStar communication experiments are continued on the GEARRS satellites.