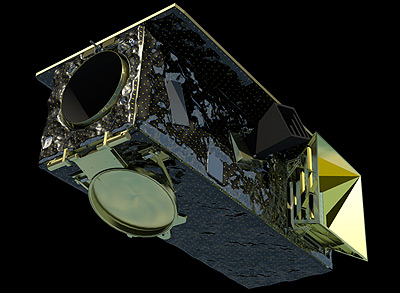 ORS 5 (Operationally Responsive Space 5) or SensorSat is the fifth mission of the ORS program. This satellite will conduct space surveillance as a gap filler for the SBSS Block 10 satellite.

A 140 kg ORS satellite to be launched 2017 is planned as a gap filler mission for the SBSS Block 10 mission, for which a full successor has not yet been funded and which is not expected to launch before 2021. It is planned to operate from a low inclination orbit of 500-700 km height to observe satellites in the geostationary belt.

The Massachusetts Institute of Technology-Lincoln Laboratory is to design and build an operational demonstration of the SensorSat satellite, which continuously scans the GEO belt from a low earth orbit.

The overall objectives of the ORS-5 program are, in priority order:

A dedicated launch launch vehicle for a total cost of less than $20 million was baselined, with Athena-1c, Minotaur-1, Pegasus-XL and Super-Strypi being considered. The launch cost cap has since been removed, as no provider could be found.

In July 2015, Orbital ATK was selected as the launch provider with a Minotaur-4 derived vehicle with an additional Orion-38 fifth stage from Cape Canaveral to be used. The added 5th stage serves to lower the inclination of the orbit.