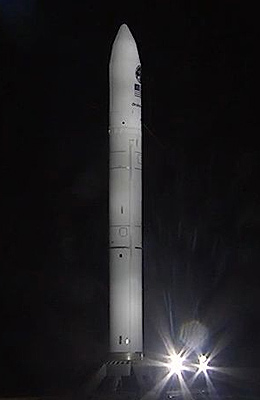 The Minotaur-4 Orion-38 is a version with an additional Orion-38 motor as stage 5 to allow launches in low inclination orbits from Cape Canaveral. It was designed especially for the ORS 5 mission.