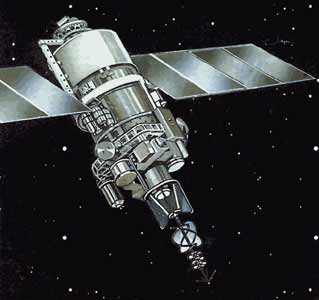 The Meteor-3M spacecraft series represented a follow-up to the Meteor-3 series to provide a modernization of Russia's national meteorological satellite system sponsored by Roskosmos.

The overall objective are environmental monitoring in the following fields:

On Meteor-3M-1 carried the US instrument SAGE-3, which was flown as a joint mission of Rosaviakosmos and NASA. A corresponding cooperative agreement was approved by the Gore-Chernomyrdin Commission on 16 December 1994.

Meteor-3M-1 was successfully launched on Dec. 10, 2001. It stopped functioning on 6 March 2006 due to a breakdown of its power supply system resulting in a loss of communications with the spacecraft. - The spacecraft (with a design life of 3 years) provided over 4 years of successful operations.

The Meteor-3M series was cancelled after the first mission in favor of the Meteor-M series.