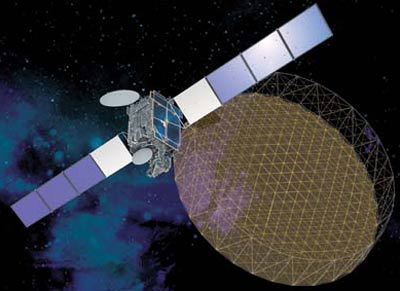 It provides 2.400 kW RF power over 25 MHz of S-band spectrum to run more than 50 channels of audio and video from 16 S-band transmitters operating at 120° W. In addition, the satellite provided a 25 MHz Ku-band service link to transmit the broadcast signal to terrestrial repeaters. The satellite generated more than 7.400 kW of DC power continuously throughout its planned 12 year life. The satellite deployed a 12 meter antenna reflector to transmit the MBC programming. The system was able to broadcast more than 50 programs simultaneously.

Due to financial issues the broadcasting operations were stopped on 31 March 2009.

Asia Broadcasting Satellite (ABS) of China purchased the MBSat satellite in 2013, moved it to at 75° E and renamed it ABS 2i. Later it was renamed ABS 4 (Mobisat).