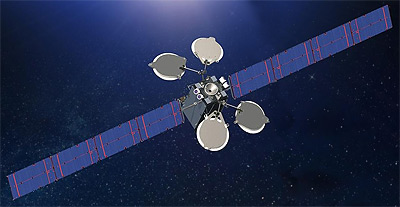 Asia Broadcast Satellite (ABS) announced in March 2012, that it has contracted with the construction of ABS 2A to Boeing Satellite Systems. ABS 2A satellite was placed in position 75° E, to provide 48 Ku-band transponders covering Eastern Europe, Russia, Middle East and India.

In April 2017, ABS announced 12 transponders of payload is be co-branded as the MongolSat-1 satellite, dedicated to the Mongolia market.