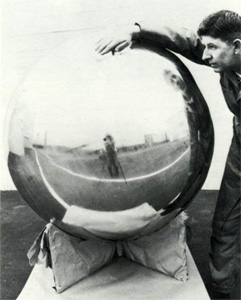 The satellites were manufactured at Rohr Corp., Chula Vista, California, for the Lincoln Laboratory. They consisted of a 1.12 m diameter hollow Aluminium sphere with a optical unit cross section of 1 m² and a wall thickness of 3.2 mm.

The second satellite, LCS 2, was lost on 15th October 1965, when the Transtage upper stage of the Titan-3C launch vehicle exploded in low earth orbit, before it could be deployed in a 735 km circular orbit.

LCS 3 also was lost in a launch failure on 16th August 1968, when the payload fairing of the Atlas-SLV3 Burner-2 collapsed.

LCS 4 was successfully orbited on 7th August 1971 on an Atlas-F OV1 launch vehicle. This satellite is in a low earth orbit with a life time of about 75 years.

The LCS 1 and LCS 4 satellites are still being used for radar calibration measurements.