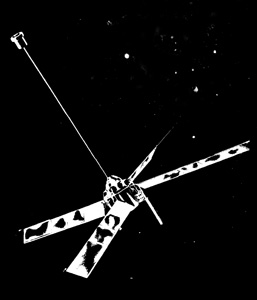 In the late 1960s, the Navy asked APL to build a geodetic-research satellite called Low-inclination Doppler-only Satellite (LIDOS) "Doppler only" meaning that it was intended to be tracked by the Doppler method, similar to Transit. It was decided later to place the LIDOS satellite in a high-altitude, near-polar orbit; its name was changed to "Large" inclination Doppler-only Satellite" to keep the same acronym. LIDOS was launched on 16 August 1968, with nine other satellites, on an Atlas-SLV3 Burner-2 vehicle, but the heat shield failed to open and all the satellites were lost.

The spacecraft was built on a Transit-O navigational satellite bus. LIDOS was gravity gradient stabilized by deployable boom with tip mass an was powered by four small deployable solar arrays. LIDOS was to be ejected as Burner-2 crossed the equatorial plane and spun to provide attitude control. A perigee kick and plane change rocket motor (VIP) mounted on the forward end of the satellite was to be fired, placing the satellite and bus in a new orbit with an inclination of 91.8°, a perigee of 741 km, and an apogee of 1019 km. The spin-oriented LIDOS plus final injection motor (TE-M-537) were to coast to apogee where the apogee kick and plane change motor mounted on the bus aft end woujd inject LIDOS and the bus into an orbit 96° inclination, a perigee of 1019 km, and an apogee of 4447 km.