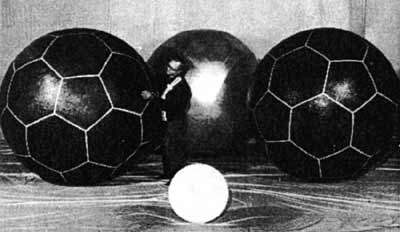 The Gridspheres were experimental passive communications satellites (part of the AVL-802 experiment), which were to overcome the drag problems of balloon satellites. They were a follow on to the OV1 8 / PasComSat experiment. The Gridspheres consisted of wire mesh, whish was embedded in a photolyzable balloon. After inflation in space, the UV radiation causes the ballon to vaporize, leaving a wire frame in spherical shape. This gridsphere reflects radio waves as good as a aluminized balloon, but has much less atmospherical drag and a longer orbital life. The pairs Gridspheres differed in having different spaced wire mesh.

The AVL-802 experiment contained also an aluminized Mylar Balloon of the same size to compare the reflection properties and the drag of the Gridspheres with a real balloon. Also included was Rigidsphere, a passive spherical satellite for atmospheric drag measurements.

The first attempt to orbit the AVL-802 experiment failed, but it was successfully repeated 3 years later.