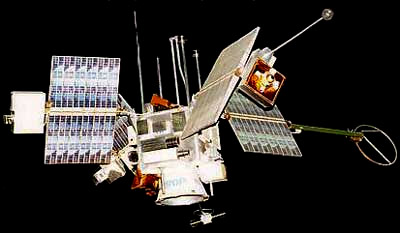 The OV2 (Orbiting Vehicle 2) series satellites were originally built for project ARENTS (Advanced Research Environmental Test Satellite), which was intended to obtain supporting data for the Vela program. After the cancellation of the ARENTS program, the already built hardware was reused for OV2, a low-cost series of experimental satellites, which were to be launched for free on Titan-3C test flights to very different orbits.

OV2 1, along with its LCS 2 co-passenger, was lost, when the Transtage upper stage of the Titan-3C launch vehicle suffered a destructive malfunction.

OV2 3 was placed in a lower than planned orbit and failed to deploy due to another Transtage failure.

OV2 5 was successfully placed into orbit, but subsequently seven of the twelve appendages failed to deploy correctly, but most · of the 11 experiments returned data. It was the first scientific satellite at geosynchronous altitude.

OV2 2 and OV2 4 were cancelled, when the Titan-3C test program was changed.