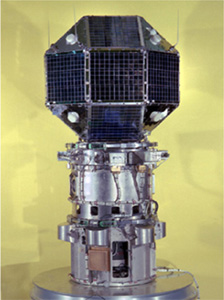 The initial program objective was to build, launch, and field a system to demonstrate practical military satellite communications. The availability of Project West Ford's advanced superhigh-frequency (SHF) technology (at seven to eight gigahertz) contributed to the decision to design the system for that band. The Department of Defense's concurrent procurement of a series of SHF satellites and terminals, commencing with the Initial Defense Communications Satellite Program (IDCSP), meant that lessons learned from the experiments would find an additional application.

LES-1, launched from Cape Canaveral on 11 February 1965, accomplished only a few of its objectives. Apparently because of miswiring of the ordnance circuitry, the satellite never left circular orbit and ceased transmitting in 1967. 46 years after it fell silent, in 2013 the satellite began again transmitting, likely due to the batteries have failed in a manner that allows them to carry charge directly through to the transmitter, when the satellite receives sunlight.