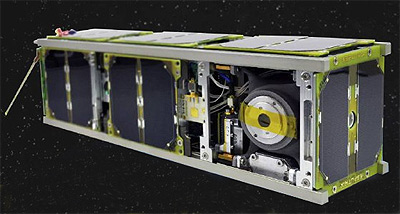 Kuzbass-300 is a Russian 3U CubeSat developed by regional students, scientists and students of the Kuzbass State Technical University (KuzGTU) on the satellite CubeSat platform OrbiCraft-Pro SXC3 of SPUTNIX (a member of Sitronics Group)and will carry out remote sensing of the Earth, conduct fire monitoring in the region and throughout the Russian Federation.

The payload of the satellite will allow:

The satellite's equipment will transmit telemetry data, voice messages, and images to Earth! It is a kind of broadcast ad from space, in which all the inhabitants of the Earth are invited to Kuzbass, to an event within the global Yuris Night movement.