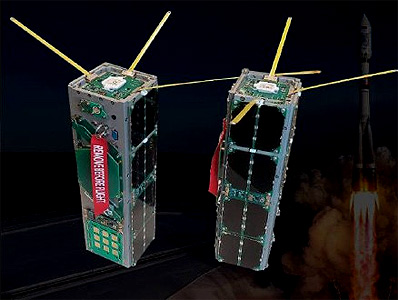 Polytech-Universe 1 and 2 is a pair of Russian 3U CubeSats developed by the Higher School of Applied Physics and Space Technology of the Institute of Electronics and Telecommunications (SPbPU).

The mission includes monitoring the level of electromagnetic radiation on the Earths surface in various frequency ranges.

The successful implementation of the given task will allow to:

The satellites will make 15 daily revolutions around the Earth, whilst the data exchange and reception of the signal will be carried out during the period of flight in the visibility zone of the ground reception and transmission station SPbPU.

Both Polytech Universe-1 and Polytech Universe-2 have identical structures. The satellites will be separated in orbit using Aerospace Capital deployers as a part of a single system under the «SPACE-p» project in conjunction with the FASIE.

The modular building principle ??provides fast, reliable assembly of all the subsystems, and convenient access to devices within the appliance.

The five modules are: