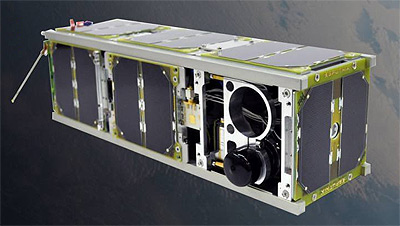 UTMN is a Russian 3U CubeSats with an environmental mission developed by Samara Medex.

CubeSat UTMN is equipped with a camera which allows:

Subsequent processing of images using computer algorithms will allow observations and forecasts on the environmental situation in the Arctic.

Pupils, students and scientists of the Tyumen State University (TSU) together developed the satellite, and the satellite itself was created on the OrbiCraft-Pro SXC3 satellite CubeSat platform of SPUTNIX (part of Sitronics Group). The project was implemented under the "Space-p" program with the support of the FASIE within the framework of the "Duty on the Planet" competition.