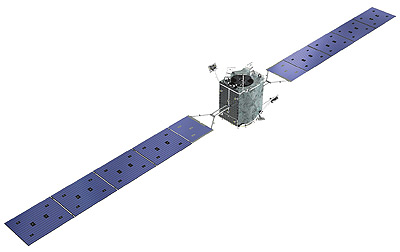 Orbital ATK introduceed in-orbit satellite servicing with the Mission Extension Vehicle-1 which is based on the companys GEOStar-3 spacecraft bus platform. Controlled by the companys satellite operations team, the MEV-1 uses a reliable, low-risk docking system that attaches to existing features on a customers satellite. The MEV-1 provides life-extending services by taking over the propulsion and attitude control functions. The vehicle has a 15-year design life with the ability to perform numerous dockings and undockings during its life span.

The launch of the MEV-1 took place in October 2019 as a co-passenger on a Proton-M Briz-M (Ph.4) rocket with in-orbit testing and demonstration to be performed with the Intelsat-901 satellite in the graveyard orbit. MEV-1 will then after rigorous testing relocate the satellite scheduled for the mission extension service, which is planned for a five-year period after which Intelsat 901 will be placed back into graveyard orbit. Intelsat will also have the option to service multiple satellites using the same MEV.

A second MEV was ordered for Intelsat in January 2018. MEV-2 is expected to be in service by mid-2020 on a five-year mission with an yet unrevealed Intelsat satellite. MEV 2 will also be equipped to carry hosted payloads from commercial companies and small satellites that could be deployed for science missions. MEV 2 will share the upper berth of an Ariane-5ECA+ rocket with Galaxy 30, while a third payload flies in the lower berth. The initial mission of MEV 2 is to extend the life of Intelsat 10-02.