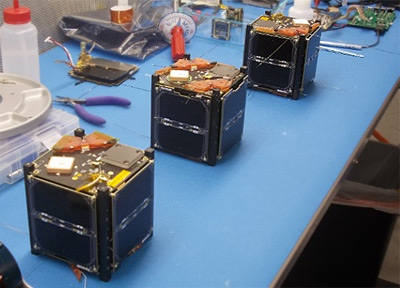 The PropCube (Propagation CubeSat) series of 1U CubeSats are ionospheric research satellites to measure artificial ionization.

The satellites were developed by the Naval Postgraduate School (NPS) and provided by Tyvak Nano-Satellite Systems Inc.

PropCube 1 (Fauna) and PropCube 3 (Merryweather) were launched together into a 63° orbit, while PropCube 2 (Fauna) was to be in high inclination orbit, but was instead launched into a 51° orbit.