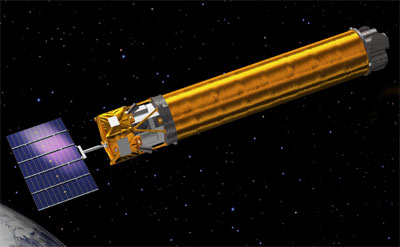 By providing an increase in sensitivity of more than 100 times, the Gravity and Extreme Magnetism SMEX mission will detect and measure the polarization of the X-rays emitted by some of the most energetic and enigmatic objects in the cosmos. These include ultra-dense neutron stars and stellar-mass black holes, which are the remains of the dying explosions of very hot, massive stars, and ultra-massive black holes at the centers of distant galaxies. By studying the changes with time and energy of their polarized X-ray emission, the mission will probe the bending of space and the curving of light in regions of extreme gravity near these objects.

The GEMS instrument was to be built at Goddard, with Orbital Sciences Corp. responsible for the spacecraft and mission operations. ATK Space was tapped to build a boom to place the X-ray telescope the proper distance from the detectors. It was planned to be launched in 2014. Pegasus-XL was baselined as the launch vehicle.

GEMS failed to advance past the 10 May 2012 confirmation review. The rationale was that the pre-confirmation cost and schedule growth was too large.