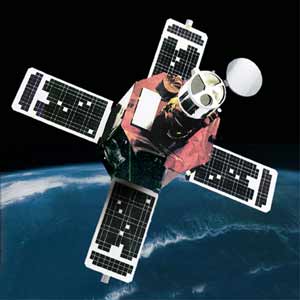 The TRACE (Transition Region and Coronal Explorer) is a NASA small explorer mission designed to examine the three-dimensional magnetic structures which emerge through the Sun's photosphere (the visible surface of the Sun) and define both the geometry and dynamics of the upper solar atmosphere (the transition region and corona). Its primary science objectives are to:

Communications are provided via a 5 W S-band transponder, providing up to 2.25 Mbps downlink data transmission and 2 kbps uplink. Data are transmitted up to six times daily. Data are stored on-board using a solid-state recorder capable of holding up to 300 MB. The command and data handling system uses a 32-bit 80386/80387 processor.