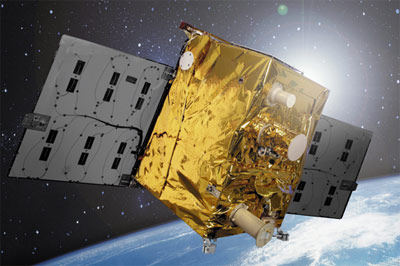 TET-1 (Technologieerprobungsträger 1) is the core element of DLR's On-Orbit Verification Program(OOV). The main aim of this program is to test new space technologies in a space environment over a period of one year.

Eleven experiments are accommodated by Kayser-Threde on board the satellite which has a mass of 120 kg. The TET-Bus is based on the BIRD satellite structure. TET-1 was scheduled for launch mid 2010 on a Soyuz-FG Fregat rocket as a secondary payload, but was delayed to 2012. The satellite was released in a sun synchronous orbit at an altitude of approximately 500 km.

Kayser-Threde GmbH received in July 2008 the prime contract for the space and ground segment as well as launch services for the satellite mission TET-1 from the Space Agency of the German Aerospace Center (DLR). The project volume of the Phase C/D amounts to 21 million Euro. The TET-1 satellite platform was built by Astro- und Feinwerktechnik Adlershof GmbH (Astrofein) under contract of Kayser-Threde GmbH, who are the prime contractor for the mission.

The contract entrusts Kayser-Threde and its subcontractors with all aspects involved in the construction and manufacture of the satellite, the various tests for space flight qualification, the necessary infrastructure for the satellite mission and all preparations required for launch. The TET-1 mission will be carried out under contract to DLR with funds from the German Ministry for Economics and Technology (Bundesministerium für Wirtschaft und Technologie).

The primary payload is an imaging payload, designed and developed at DLR, which consists of an assembly of three pushbroom cameras, one in the VNIR (Visible Near Infrared) range and two imagers in the infrared region. The objective is the detection and quantitative analysis of HTE (High Temperature Events) like wildfires and volcanoes.