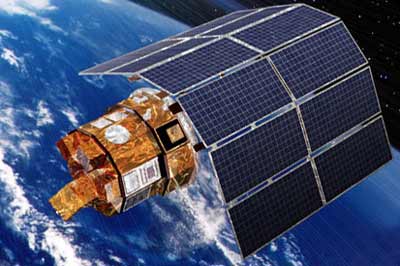 LEOStar is designed to be launched on a Taurus or Pegasus launch vehicle or in multiple or "piggyback" units on SELVS-II or smaller launch vehicles, Orbital's innovative LEOStar satellite platform supports payloads up to 360 kg and provides a three-to five-year mission life. The 12-sided bus is comprised of four decks: the deployment deck, payload deck, core deck and propulsion deck. The decks are connected together vertically by strong but light stringers, with shear plates attached to the 12 sides. The bottom and mid-decks house all primary spacecraft systems with the payload deck reserved for payload mounting.

Designed for flexibility, the LEOStar bus has been adapted to a variety of space science, remote sensing and technology validation missions. It features a large payload volume to handle multiple instruments and a pointing capability of up to 0.35° with pointing knowledge of up to 0.24°, which can be dramatically enhanced by the addition of a star tracker.

To date, Orbital has built six LEOStar buses and has three more in production. The LEOStar bus was designed for low rate production line assembly and testing, which provides cost and schedule advantages through the uses of mature designs, familiar manufacturing and test equipment, dedicated and experienced personnel, and established vendor sources.

Customers can purchase the LEOStar spacecraft alone, or as part of a turn-key service that includes launch, operations and data delivery as well. For the OrbView-1 and OrbView-2 programs, based on other Orbital-built satellites, the company provided end-to-end services and is paid for delivery of data. Orbital produced the satellite bus, integrated two payloads and launched the satellite on a Pegasus, and is currently conducting mission operations from its own ground station, delivering data to principal investigators via direct downlink and the Internet.

The LEOStar platform has been replaced by the LEOStar-2 bus