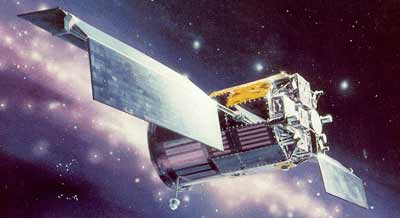 The flight configuration for the TAOS mission consisted of TRW's standard core module housing electronics and housekeeping systems; a propulsion system / adapter module; the payload module; and a deployment module that hosted several TAOS experiments on an exposed honeycomb plate. Two articulated solar panels were stowed around the satellite at launch.