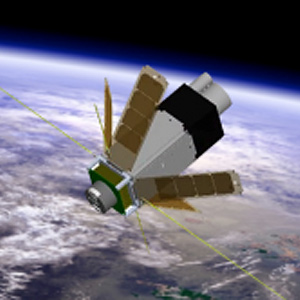 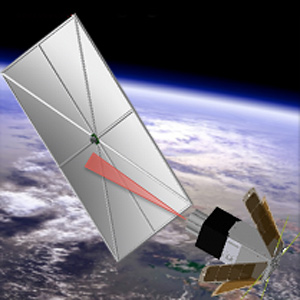 TARGIT (Tethering And Ranging mission of the Georgia Institute of Technology ) is a 3U CubeSat technology demonstration mission to design and test Cubesat with a Miniaturized LiDAR imaging camera and a deployable inflatable that will serve as the lidar cameras primary imaging target to demonstrate cm-level altimetry precision over tens of kilometers.

The applications for a compact laser altimetry system are numerous, and are particularly valuable for planetary missions involving the topographic mapping of planetary bodies such as moons and near-Earth asteroids.

The TARGIT and its target will be launched together in a 3U form factor. On orbit, the satellite deploys the target subsatellte, which unfolds a large optical target. TARGIT will then acquire the target and begins imaging, until the target drifts out of range.