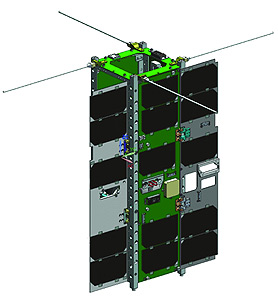 Light 1, formerly known as RAADsat is an 3U CubeSat earth observation mission to Terrestrial Gamma-ray Flashes (TGFs), upward directed bursts of X-rays and gamma-rays associated with thunderstorm activity. The mission is being developed by a collaboriation between UAE SA (United Arab Emirates Space Agency), Khalifa University and NYUAD.

The mission is based on an original detector design being developed at New York University Abu Dhabi (NYUAD).