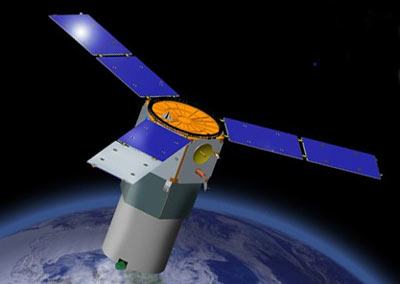 The TacSat-3 (JWS D2) is a small technology mission of the Air Force Research Laboratory. The project is funded by the DOD's Office of Force Transformation as Phase II of a four-phased approach for developing modular spacecraft buses. The bus resulting from this effort will be used on the TacSat 3 mission to support the Advanced Responsive Tactically Effective Military Imaging Spectrometer (ARTEMIS) sensor payload also being developed by AFRL. TacSat 3's main payload is a hyperspectral sensor and the satellite platform will have a standardized avionics package whose development is being managed by the Air Force Research Laboratory. The satellite achieves a HSI ground resolution of 4 meter, which enables it to detect and identify tactical targetsIt also features a Navy Secondary Data-X Payload for IP-Based Buoy Comms.

TacSat 3 was the prototype for the first mission in the Operationally Responsive Space (ORS) program, ORS 1.

Tacsat 3 was deorbited on 1. May 2012 after a nearly 3 year long successful mission.