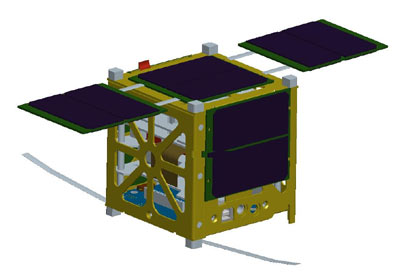 The primary function of HawkSat 1 was to act as a proof of concept vehicle for future satellites to be developed by the Hawk Institute for Space Sciences. It also carried a customer payload developed by a major aerospace firm. This experiment contained an external payload board which exposes newly developed materials to the radiation and temperatures encountered in the space environment.

Because of a fast-track production schedule planned to meet the upcoming launch date, the HISS design leveraged the strengths of a CubeSat kit produced by Pumpkin, Inc., a firm specializing in satellite design kits.