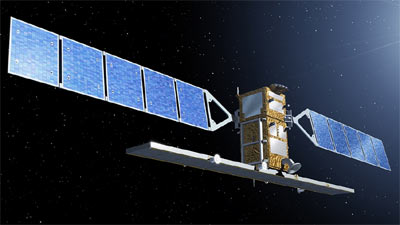 The Sentinel-1 satellite, which is scheduled to be launched in 2011, is part of the GMES program - Global Monitoring for Environment and Security - a set of Earth observation missions co-funded by ESA and the European Commission. GMES represents the European answer to the ever-increasing requirements of environmental control, and thus provides an important contribution to environmental policies at a global level.

As prime contractor, Thales Alenia Space Italy is responsible for the design, development and integration of the satellite that will carry a C-band Synthetic Aperture Radar (SAR). The radar will be based on Thales Alenia Space's key technologies such as the Transmit-Receive modules inside the active antenna.

Based on a Prima platform, developed by Thales Alenia Space for the Italian Space Agency, Sentinel-1 will weigh 2,280 kilograms at launch and will look at the Earth in swaths up to 700 kilometers with a ground resolution of between 5 and 25 meters according to the selected operative mode.

The ESA Sentinel suite is composed of five satellites series. Sentinel-1 will ensure the continuity with ERS and Envisat C-band SAR data. Sentinel-2 and Sentinel-3 satellites are scheduled for launch in 2012 and will support land and ocean monitoring. Sentinel-4 and 5 will be dedicated to meteorology and climatology through atmospheric chemistry study.