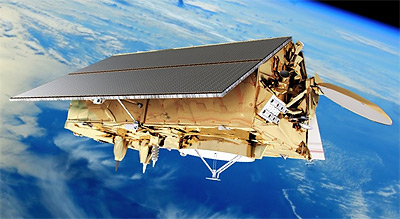 The Jason-CS (Jason Continuity of Service) or Sentinel 6 radar altimeter mission is a continuation of the existing partnership for Jason-3 between the US (NOAA and NASA) and Europe (EUMETSAT, ESA, CNES) and industry.

Jason-CS, as the reference mission of the Ocean Surface Topography constellation, should ensure the same (or better) level of performance as earlier Jason series. The spacecraft will be based on a platform derived from CryoSat-2, but adjusted to the specific requirements of the Jason-CS mission and specific orbit. The orbit will remain the same as the earlier Jason orbit - non-sun-synchronous, 1336 km, 66° inclination.

The responsibilities in the Jason-CS program are:

The payload considered as the baseline for the satellite, Phase B2, is composed of the following instruments:

Airbus has won in May 2015 a contract to build the first Jason-CS satellite. It will be launched in November 2020 on a Falcon-9 v1.2 (Block 5) from Vandenberg.