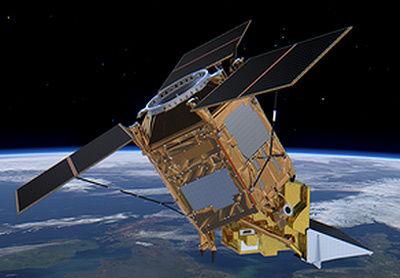 Astrium has been selected by the European Space Agency (ESA) as prime contractor for the high-performance satellite (Sentinel 5-Precursor), a low-cost mission to monitor atmospheric chemistry.

S5p is part of the Global Monitoring for Environment and Security programme (GMES), a joint undertaking of the European Commission and the European Space Agency (ESA). GMES aims to supply geo-information products and services based on the use of images from space that will help European institutions and public authorities to fulfil their mission of safeguarding the civil population, managing risks, and protecting the environment. Sentinel-5p is designed for providing continuity to atmospheric spectrometry of the ENVISAT and EOS-Aura missions bridging the gap until the launch of the Sentinel-5 instrument.

Sentinel 5 Precursor will carry the Tropomi tropospheric monitoring instrument under development for ESA by Dutch Space of the Netherlands, an Astrium subsidiary.

With a seven year lifetime, Sentinel 5p will maintain the continuity of science data before the Sentinel-5 instrument becomes operational towards the end of this decade. The Sentinel 5 instrument is scheduled to fly on the MetOp Second Generation satellites.

The launch on a Rokot-KM vehicle was originally scheduled for early 2015, but was eventually delayed until October 2017.