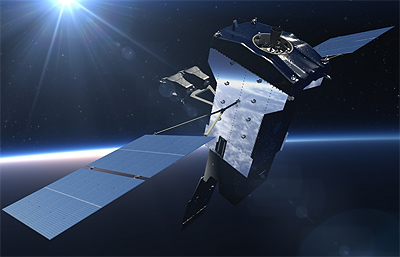 SBIRS-GEO (Space Based Infra Red Sensor - Geostationary) is the geostationary component of the SBIRS-High program, which will replace the DSP system of early warning satellites in providing early warning for Intercontinental Ballistic Missile launches.

The SBIRS sensors are designed to provide greater flexibility and sensitivity than DSP and can detect short-wave and expanded mid-wave infrared signals allowing the system to perform a broader set of missions. These enhanced capabilities will result in improved prediction accuracy for global strategic and tactical warfighters.

The FY2019 budget proposal calls for cancelling SBIRS-GEO 7 and 8, to shift the funds previously allocated for these satelllites to develop the new Next Generation OPIR system.