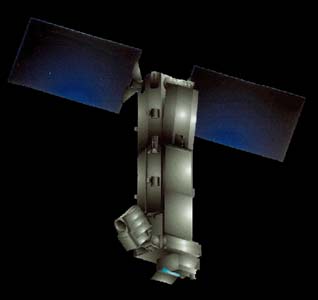 The SBIRS-LADS program is utilizing the first flight LM700B bus. The LM700B bus is a derivative of the LM700A bus and has been modified to handle a wide variety of payloads for military, civil and commercial customers.

The SBIRS Low Program Definition and Risk Reduction (PDRR) phase was to demonstrate program capabilities through an on-orbit, operational test of two demonstration systems using known, representative threat targets. The first of these systems, the Flight Demonstration System (FDS) is being developed by TRW/Raytheon. The second, the Low Altitude Demonstration System (LADS) is being developed by Boeing North American and will use the commercially based LM700 satellite bus. The flight demonstration systems' objectives are: acquire, track, discriminate and report ballistic missiles from lift-off through midcourse; demonstrate acquisition and track handover between satellites; downlink mission health and status data directly and via crosslink; and demonstrate capability to perform missile warning.

The LADS payload, which consists of acquisition and track sensors, is in assembly and test in a newly dedicated, classified cleanroom facility at the Boeing-Anaheim site. Over the next several months, the acquisition and track sensors will be integrated into the already complete flight optical bench for final payload assembly, integration and test. All assembly and test processes are space-qualified and to best commercial practices.

The space vehicle, a derivative of the commercially available Lockheed Martin LM700B, was delivered on Aug. 24 1998 from Lockheed Martin Sanders in Nashua, N.H., to the Lockheed Martin Sunnyvale, Calif., facility for LADS-unique modifications. The LM700B has begun the final build that will incorporate the variances between the standard commercial vehicle and the LADS requirements.

The ground system flight operations software build is more than 80 percent complete and is progressing toward software testing on Flight Experiment Operation Center (FEOC) equipment. The FEOC will use a commercial-based communication link to provide the interface between ground control, remote tracking stations and the space vehicle.

Both the SBIRS LADS and SBIRS-Low-FDS programs were terminated in 1999.