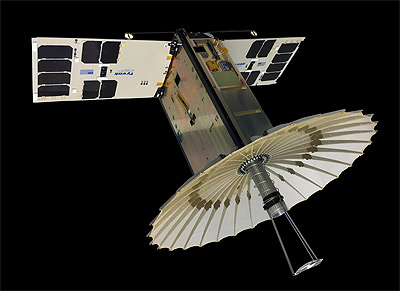 RainCube (Radar In a CubeSat) is a technology validation mission by NASA's Jet Propulsion Laboratory to demonstrate the operation and performance of a miniaturized Ka-band Atmospheric Radar for CubeSats (miniKaAR-C) in the space environment on a low-cost, quick-turnaround platform.

RainCube would develop, launch, and operate a 35.75 GHz radar payload on a 6U CubeSat. This mission will validate a new architecture for Ka-band radars and an ultra-compact deployable Ka-band antenna in a space environment. RainCube would also demonstrate the feasibility of a radar payload on a CubeSat platform. This new instrument will enable constellation missions and potentially transform climate science and weather forecasting.

The satellite reentered on 23 December 2020.