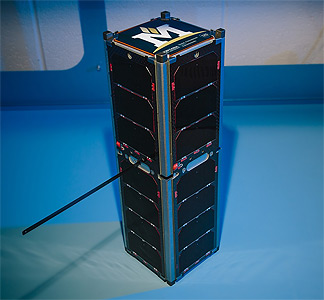 The RadSat-g (Radiation Satellite), is an 3U CubeSat mission developed at the Montana State University as a technology demonstration of a new radiation tolerant computer system in a low earth orbit (LEO) satellite mission to demonstrate TRL-9 of the technology.

It was selected in 2015 by NASA's CubeSat Launch Initiative (CSLI) to be launched as part of the ELaNa program. It was launched on the ELaNa-23 mission on board of Cygnus CRS-9 to the ISS, where it was deployed on 13 July 2018 via the JEM airlock.