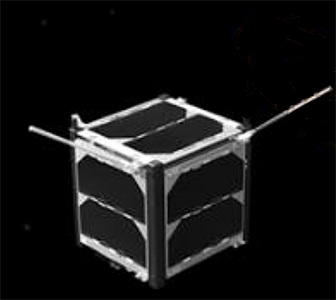 MemSat (Memristor Satellite) is a technology demonstration by the Rowan University to fly a memristor evaluation payload.

The mission is to characterize and compare the behavior of memristor memory devices against standard, silicon-based memory technologies to determine potential advantages and/or disadvantages of memristors for space applications.Memristors are electronic devices in which information is stored in the resistance state of the device and can be retained during power-off modes, allowing for energy efficient power shutoff as well as system resiliency in power failures.

The satellite is built to the 1U CubeSat standard.

MemSat was selected in 2016 by NASA's CubeSat Launch Initiative (CSLI) to be launched as part of the ELaNa program. It was baselined to fly in 2018 on the ELaNa 21 mission on a Firefly-Alpha rocket, but was later, due to the unavailability of the Firefly rocket, moved to an ISS-deployed mission. It was launched on the ELaNa-23 mission on board of Cygnus CRS-9 to the ISS, where it was deployed on 13 July 2018 via the JEM airlock.