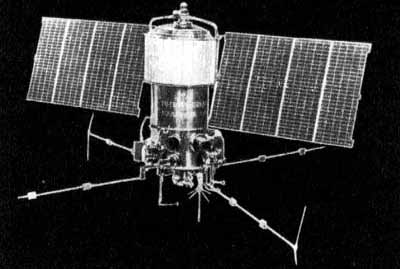 The spacecraft Interkosmos 22 (Bulgaria 1300) was a research satellite, that carried a set of plasma, particles, fields, and optical experiments designed and constructed in Bulgaria on a satellite bus provided by the Soviet Union as part of the Interkosmos program.

The spacecraft was three-axis stabilized, based on the VNIIEM built Meteor bus, with the negative Z-axis pointing toward the nadir and the X-axis pointing along the velocity vector. The outer skin of the spacecraft, including the solar panels, was coated with a conducting material in order to allow the proper measurement of electric fields and low energy plasma. Both active and passive thermal control were employed. The solar panels supplied 2 kW and batteries were used during eclipse periods. For data storage, there were two tape recorders, each with a capacity of 60 megabits. The transmitter radiated about 10 W in the 130 MHz band.