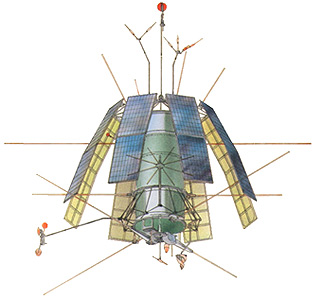 During the International Magnetosphere Study period the Interkosmos 19 spacecraft, Ionozond-IK, was launched into a high inclination, elliptical orbit with a low apogee. The main scientific objectives of Ionozond-IK were:

The program included simultaneous ground-based observations at ionospheric and solar stations of the USSR and Socialist countries. Experiments on board were: