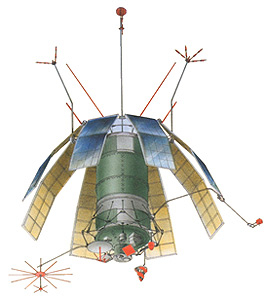 Intercosmos 20 was launched by the USSR and carried scientific instruments for testing of methods for comperhensive study of the oceans and the surface of the Earth, and testing of automatic gathering of scientific information from experimental sea and land stations. Launched under the Intercosmos program together with Czechoslovakia, GDR, Hungary and Romania.

Intecosmos 21 was a sister spacecraft to Intercosmos 20.