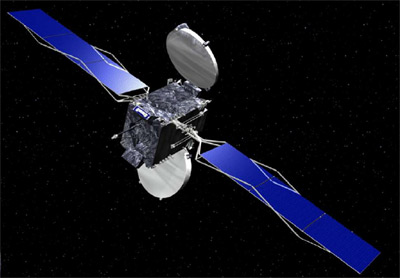 Orbital Sciences Corporation announced in late August 2005 that Horizons-2 Satellite, LLC, a 50/50 joint venture between PanAmSat Corporation and JSAT Corporation, has ordered one geosynchronous (GEO) communications satellite, which will be based on Orbital's Star-2 small satellite platform. The spacecraft will carry the name Horizons-2 and was launched into a PanAmSat-licensed orbital slot at 74 degrees West Longitude over the United States. The new order calls for a 22-month on-ground delivery schedule. Financial terms of the contract were not disclosed.

The Horizons-2 satellite will carry 20 active high-power Ku-band transponders. The satellite will generate approximately 3.5 kilowatts of payload power and will weigh about 2,300 kg at launch.